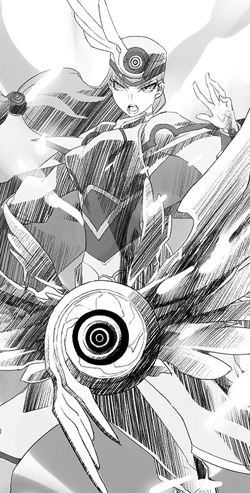 Ayame Yayoi (アヤメ=ヤヨイ) is a woman from the Yayoi family who fought in the Dark War. Wielding the Sealed Weapon Izayoi, she ultimately lost her life to fulfill her mission.

Ayame was a minor character in BlazBlue: Phase Shift 4.

Ayame is physically similar to Tsubaki Yayoi; a fair-skinned woman with red hair and blue eyes. She has straight cut bangs and her hair falls down to her waist with the end tied together with a silver, round ornament.

Her battle attire is similar to Tsubaki's own when using the Sealed Weapon Izayoi with some differences. She wears a light-colored hat with dark trim; the front of it has a circular design with two wing-shaped decorations sticking out to one side. Her clothing is white with dark accents and covers almost all of her skin. Her sleeves are cuffed and she wears no gloves. At her chest, she wears a cape and a high-collared shirt that has two dark lines running down to her waist. At the waist, she wears a dark sash that resembles flower petals. On the lower body, she wears white pants with dark metal plated boots.

Ayame appears shortly in Phase Shift 4 from Hakumen’s point of view. To him, Ayame was seen as similar to Tsubaki Yayoi.

Ayame had a strong voice, resolute will, and a desire to help no matter what. She respected Hakumen and considered it an honor to fight with him. During an ambush by the Black Beast, Ayame told Hakumen to leave everything to her and charged ahead without even waiting for a response.[1] Wielding the Izayoi created an opening to allow the ambushed troops to retreat but at the cost of Ayame's life.

In her dying moments later at a camp, she laments her fear of death and desire to keep helping to Hakumen. Despite her finals words being that of a warrior, her voice was filled with sorrow.[2]

One of the first wielders of the Sealed Weapon Izayoi and one of the earliest wielders of Ars Armegis. Ayame was strong enough to be placed on the front lines of the Dark War and was put directly under Hakumen's command. Using Izayoi, Ayame had enough power to break through a trap created by the Black Beast and secure the safety of several soldiers using the weapon's light based powers. Doing so, however, was the ultimate-sacrifice.

Ayame had not tapped into the true power of Izayoi, and was only capable of using its Sealed Weapon form by the time of her death.

A woman from the Yayoi Family, of the Mage's Guild Duodecim. She wielded the Sealed [Weapon] Izayoi, and fought alongside Hakumen and the Six Heroes in the Dark War.[3]

A lady of the "Yayoi House" during the time of the Dark War. She participated in the battle against the Black Beast, fulfilled her mission with the power of the Sealed Weapon Izayoi, and used up all of her strength in front of Hakumen. [4]

Bullet's match-up for the final quarters of Kagura's tournament. However, he is crushed by Azrael before he can step into the arena... A very unfortunate warrior.[5]

There, Doctor Han was the doctor in charge. It is worth noting, that Linhua thinks Doctor Han is a quack.[6] 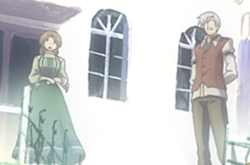 The Vermillions were once a renowned family, but their standing quickly fell when they took an opposing stance to the leadership of the NOL.[7]

Noel's foster mother, and a classy lady. She's kind, gentle and warm, but get on her bad side, and she's not afraid to discipline.[8]

Part of the Third Thurmaturgist Squadron. She appears in the story of Continuum Shift, tending to Jin's wounds when he was gravely injured. [9]

A man of tall stature, and the fourth of the Ten Sages. He is in his mid thirties, and is extremely stern. He seldom speaks, only opening his mouth when absolutely necessary. [10] 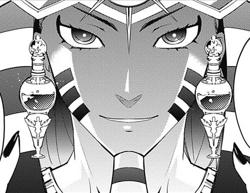 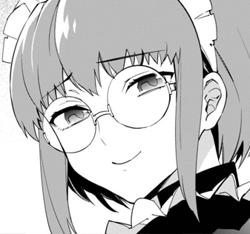 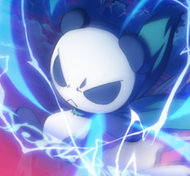 The panda that keeps Litchi's hair together. It is a magical creature that amplifies Litchi's Ars Magus. How the two met is a mystery...[11]

Something that resembles Hakumen very closely, but is in fact NOT Hakumen. he has the word, 'ZEA' printed on his torso, for some reason.[12]

The third of the Ten Sages. An elderly woman with a gentle personality. She is most senior among the members who fought during the Dark War, and serves as a leader of the guild. She was also one of Bolverk's owners. [13]