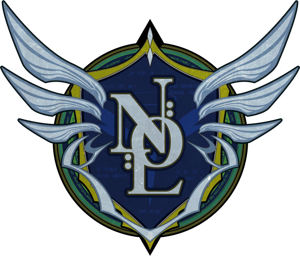 Torifune was founded by Relius Clover for the purpose to gather up interesting souls that he could observe. [1] This makes the Academy, at most, just over 10 years old, being relatively new to society. [2] There are very strict entrance examinations to get into the Academy since it is used to create the future soldiers of the NOL, and some potential students study for years just to be admitted - many of these students are from noble families. There are other ways of getting in, however, and these include having a recommendation and, in very rare instances, being scouted by the NOL. Some schools exist that focus purely on training students in how to pass these exams to enter the Academy. [3] There is no racial discrimination on who can enter, as both demi-humans and Kaka have been accepted.

The series of tests that are used to exam potential students include: physical tests, stamina tests, academic level, and Ars Magus aptitude. This last one was done with an old Grimoire, however, that broke in 2196. Those who are actually accepted by the Academy must move into it, leaving their homes. There is only one break, which is the only time that students are permitted to return home. There are some exceptions, such as when Noel Vermillion, Tsubaki Yayoi, Makoto Nanaya, and Mai Natsume were permitted to attend Jin Kisaragi's medal award ceremony. [4]

Compared to the other Hierarchical Cities, Torifune is one of the smallest, only having a few hundred thousand residents, 80% of which are related to the Academy. Generally speaking, the student council manages most of the day-to-day activities and provide the security. Only the most elite students are able to become members of the council; Elina, the first student council president, is said to have been extremely influential in how the Academy would eventually flourish. [5] Like the other Hierarchical Cities, there is a gear-type elevator that allows access between the various levels, and the Ars Magus used to operate it is more impressive than that other the other Cities.

Torifune is divided into ten different levels, each one being similar to a city in their own regard.

There are also two different areas - a desert, and a beach. Where they are in relation to the different levels is unknown.

One of the Hierarchical Cities in the Izumo Region.

The Hierarchical City itself is the Librarium's Military Academy.[12]

The majority of its alumni, such as Jin, Noel, Tsubaki, and Makoto, move on to careers in the Librarium. Carl was also enrolled here, but he quit due to certain reasons.[14]

The organization that manages the Librarium Military Academy. Students are selected to serve as members. Jin and Tsubaki served as Student Council presidents while they were attending the academy. [15]

Torifune is named after the Japanese God Ame-no-Torifune, who is alternatively known as Tori-no-Iwakusufune. This God was one of the seventeen Gods born from Izanami and Izanagi's union.