At the instant of Nirvana's discovery, Azrael made himself known. He noted that the mercenaries had arrived early; the captain, recognizing the Mad Dog, immediately ordered that the others in his unit prepare the transportation device for Nirvana while he held Azrael at bay.[1] Azrael was impressed by the captain's strength and was even left a scar that wound haunt him later on. Ultimately, Nirvana was successfully teleported, but the mercenaries were completely wiped out bar for the captain, who was forced into retreating with Nirvana onto the teleportation device. 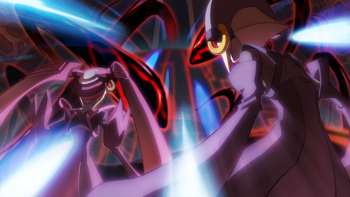 An incident where Sector Seven plotted to steal the Nox Nyctores Nirvana, discovered by the Librarium. The operation was a success, but Sector Seven's assault team was annihilated, with only a single survivor.[6]