Difference between revisions of "Sankishin" 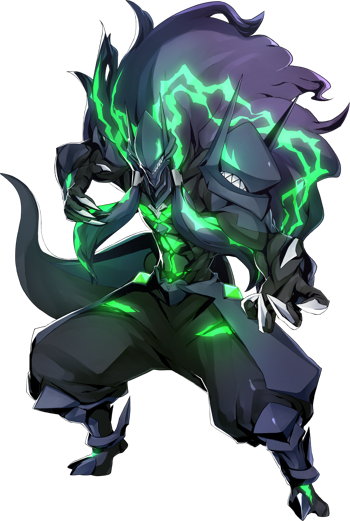 The Susano'o Unit, possessed by its original soul

The Sankishin were first discovered after Susano'o made himself known to humanity. Amaterasu was pivotal to the Prime Field War, taking The Origin as her first wielder. At the end of the war, The Origin created a new world using Amaterasu's power.[1] Tsukuyomi was put into Rachel Alucard at some point, while Susano'o bounced between owners before primarily being owned by Hakumen.L ittle else is known about them other than they came from the Age of Origin and it is unknown how they were made or who made them. The Nox Nyctores were based on them, while the Lux Sanctus: Murakumo was specially designed as an 'Anti-Sankishin' weapon. The Sankishin are comparable to gods.