Hand over the Eye of the Hunter. My elder brother... I'll kill him.[1]

Saya Terumi (輝弥サヤ) is the current host of Soul Eater in the Bloodedge Experience possibility. She is a member of the Amanohokosaka Clan and the younger sister of Naoto Kurogane. Saya is a perfect killer who struggles to keep her Drive under control, and yearns to revive the Terumi branch of her clan. 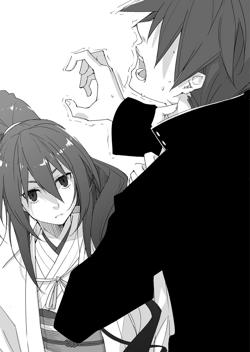