Difference between revisions of "6th Hierarchical City of Yabiko" 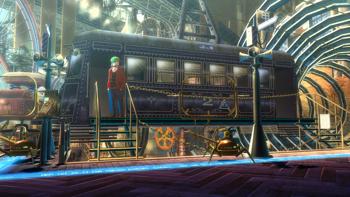 This city is the current base of operations for Kagura, and was a part of the Ikaruga Federation during the Ikaruga Civil War. It was destroyed during the war, but in the years afterwards, has been rebuilt. It houses the Colosseum, which was used by Kagura and Kokonoe to lure Tsubaki Yayoi and Azrael into a trap; the event was named the Battle of Ragna the Bloodedge as the criminal, Ragna the Bloodedge himself, was used as the bait.[1]

One of the Hierarchical Cities belong to the Ikaruga Federation.

It is where the current Ikaruga central government is located.[2]